Emergency shelter charity ShelterBox is celebrating signing up for another 3 years as Rotary International’s Project Partner in Disaster Relief. For almost 20 years, this unique humanitarian alliance has supported families with a place to call home after disaster.

ShelterBox provides emergency shelters and other essential items to support families who have lost their homes in disaster. Rotary is a global network whose members take action to make a lasting difference in their communities – and worldwide. 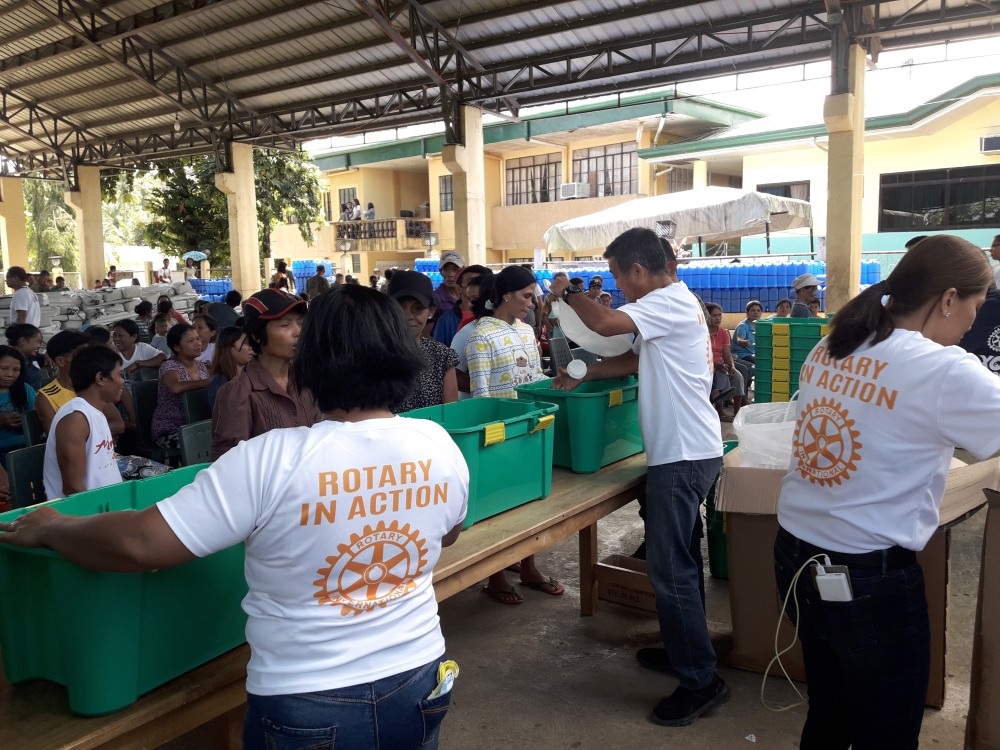 Working with Rotary in the Philippines

What began as a local connection with one Cornish Rotary Club has led to an international movement that’s has responded to over 280 disasters in 95+ countries.

First adopted as a millennium project by the Rotary Club of Helston-Lizard in 2000, the support of Rotary members and clubs around the world saw ShelterBox become Rotary’s Project Partner in Disaster Relief in 2012. Since then, the partnership has helped transform ShelterBox into an internationally recognised disaster relief charity, supporting families with emergency shelter after disaster.

ShelterBox and Rotary in the Philippines

This has recently included support for families in Malawi flooded from their homes by Cyclone Idai and communities in Lombok devastated by the 2018 earthquake and tsunami (quotes and details at the end of this release).

‘This partnership has helped ShelterBox become who we are today. Our global network of 17 ShelterBox affiliates, who raise funds and awareness worldwide, evolved from Rotary relationships.’ 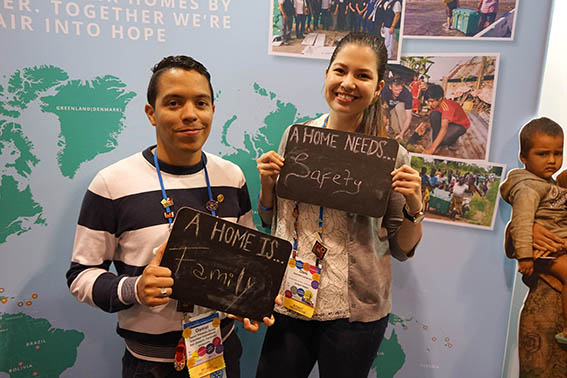 At the Rotary International Convention, Toronto 2017

‘ShelterBox has been Rotary’s Project Partner in Disaster Relief since 2012, and we are excited to renew the partnership for another three years.

‘Through this project partnership, Rotary members around the globe can collaborate with ShelterBox to support communities in desperate need of emergency temporary shelter and vital supplies following natural disasters. Additionally, Rotary and ShelterBox will continue to expand cooperation efforts through preparedness training and stockpiles of prepositioned aide in disaster-prone regions.’

Rotary club presidents around the world have also commented:

Ace Robin, President of the Mataram Rotary Club, Indonesia, was caught up in the deadly earthquakes that hit Lombok in 2018. Her home survived, but many around her were destroyed. Through an agreement with the government-led response, Ace’s club was central to bringing ShelterBox aid to Indonesia.

Thanks to their support, vulnerable members of the community received vital emergency shelter, including families with elderly relatives, pregnant women or new mothers.

Ace said: ‘Working with ShelterBox taught us a lot – they showed us how to build shelter and select families to help. It also gave us a chance to show what Rotary is to local people.’ 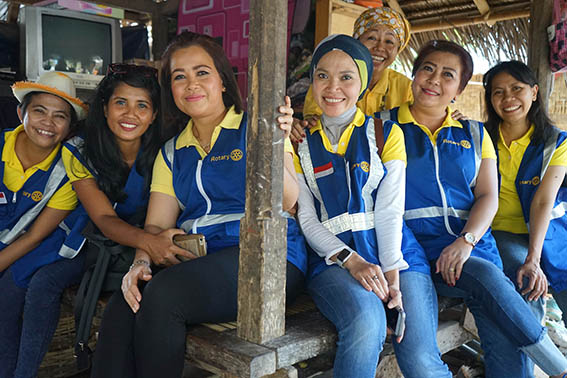 After floods triggered by Cyclone Idai left tens of thousands homeless in Malawi this March, Rotary members connected ShelterBox with communities in the Blantyre region, helping them understand local needs and culture. Members helped deliver emergency shelter to almost 2,000 families. And ShelterBox supported the Rotary Club of Limbe to join the wider disaster response, enabling the club to deliver food to communities whose entire crops had been destroyed by the floods.

Rotary Club of Limbe President Eric Chinkanda said: ‘It was a great experience to work with ShelterBox. We have not only walked a mile in reaching out to the many Malawians who faced hardship, but we restored confidence in the displaced people that all was not lost!’

ShelterBoxes collected by beneficiaries. The delivery lorry can be seen in the back ground.

James Kingston, Club President of the Rotary Club of Helston-Lizard, in Cornwall, said: ‘The members of Helston-Lizard Rotary are delighted that Rotary International continues to recognise ShelterBox.

‘I joined the club a few months before the Millennium Project began, and I’m so pleased we’re still involved. It has been wonderful to see the charity grow into an internationally recognised, professional disaster relief organisation.’